The Beauty of the Gospel 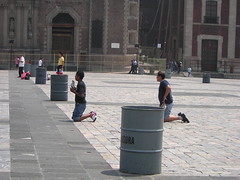 In Mexico, as we visited the Basilica of the Virgin of Guadalupe, we found two teenage guys crawling on their knees on the concrete. They had rolled up their jeans, hoping to show even more of their devotion and trusting that this might possibly earn them forgiveness. 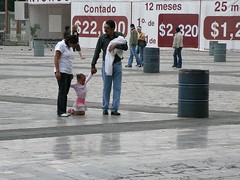 A few minutes later, I saw a family of four, with a little girl not much older than Nathan. The mother and father were teaching their daughter to crawl on her knees towards the Basilica. As they held her hands and I watched her crawling, I was reminded how much God loves us and the lengths to which He has gone to give us forgiveness of sins.

We cannot pay for our own sins. No amount of crawling or sacrifice will ever pay the debt we owe to God. 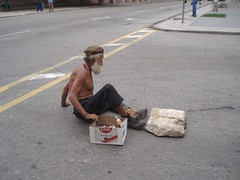 The scene was similar in Cuba, where an elderly man had a rock strapped to his leg. He would kick the rock a ways and then drag it back to his original starting point, hoping to appease a saint and pay back a little of the wrong he had done.

These images will forever be etched into my mind, and they will serve as a reminder of the beauty of the gospel.

The gospel, in a nutshell, is that God has come to do for us what we cannot do for ourselves. He sent His Son Jesus to pay for our sins because we cannot pay for them ourselves. He validated this payment with the resurrection of Jesus, and we can now have peace with God through Jesus.

Besides, the debt is already paid in full. The old song is true. “Jesus paid it all. All to Him I owe.” 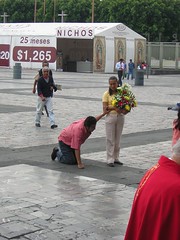 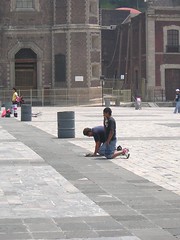