So, I was asked the other day to come up with a list of things to bring with you if you’re coming to Mexico City on a mission trip. Here’s what I came up with: 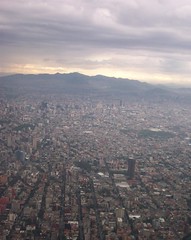 I’m sure there are things I could add to the list, but I wanted to get the basics down. Now, I’ll have them when I need them next time.