We tend to see people in categories. Never is this really seen more than in high school. I remember the following scene from the movie Mean Girls…about the high school lunchroom…watch it below.

It’s interesting because humans naturally “group up.” We tend to gravitate toward people who are like us. In anthropology, we call that our “primary group.” It’s really okay to group into those small groups of people who are like us or have similar interests. Community actually happens because we have something in common.

The Problem
The problem is when we start thinking that our group is better than all the other groups. We begin to look down on other people or even think they are less than people. When we begin to belittle their human dignity because they are different than us.

The Example of Jesus
This week we talked about this topic in our student ministry. We talked about how Jesus moved the Samaritan woman (who, according to the Jewish custom of the day, he shouldn’t have been talking to) from a category to a conversation.

You see, the Samaritan woman did not fit into Jesus’ group (although Jesus had more than once broken the cultural norms). She was a WOMAN. He was a MAN. She was a SAMARITAN. He was a JEW. She was despised by society. He was considered a prophet or at least a religious teacher.

But there was something she didn’t know about Jesus when she asked him why he was talking to her. She didn’t realize that, as the MESSIAH, Jesus changes EVERYTHING.

But when Jesus came to town, he TALKED to her. He reasoned with her. And he REVEALED himself to her as the Messiah.

What does this mean for me?
For us, this means that we need to ask Jesus to change the way we view other people. Help us to move them out of a “category” of being different than we are. We need his help to take the step to initiate a conversation with someone who doesn’t necessarily “fit” into “our” group.

Imagine what the world would look like if followers of Jesus took the time to look outside their “groups” and made friends with people who were unlike them. I think it would probably look like Revelation 7:9. 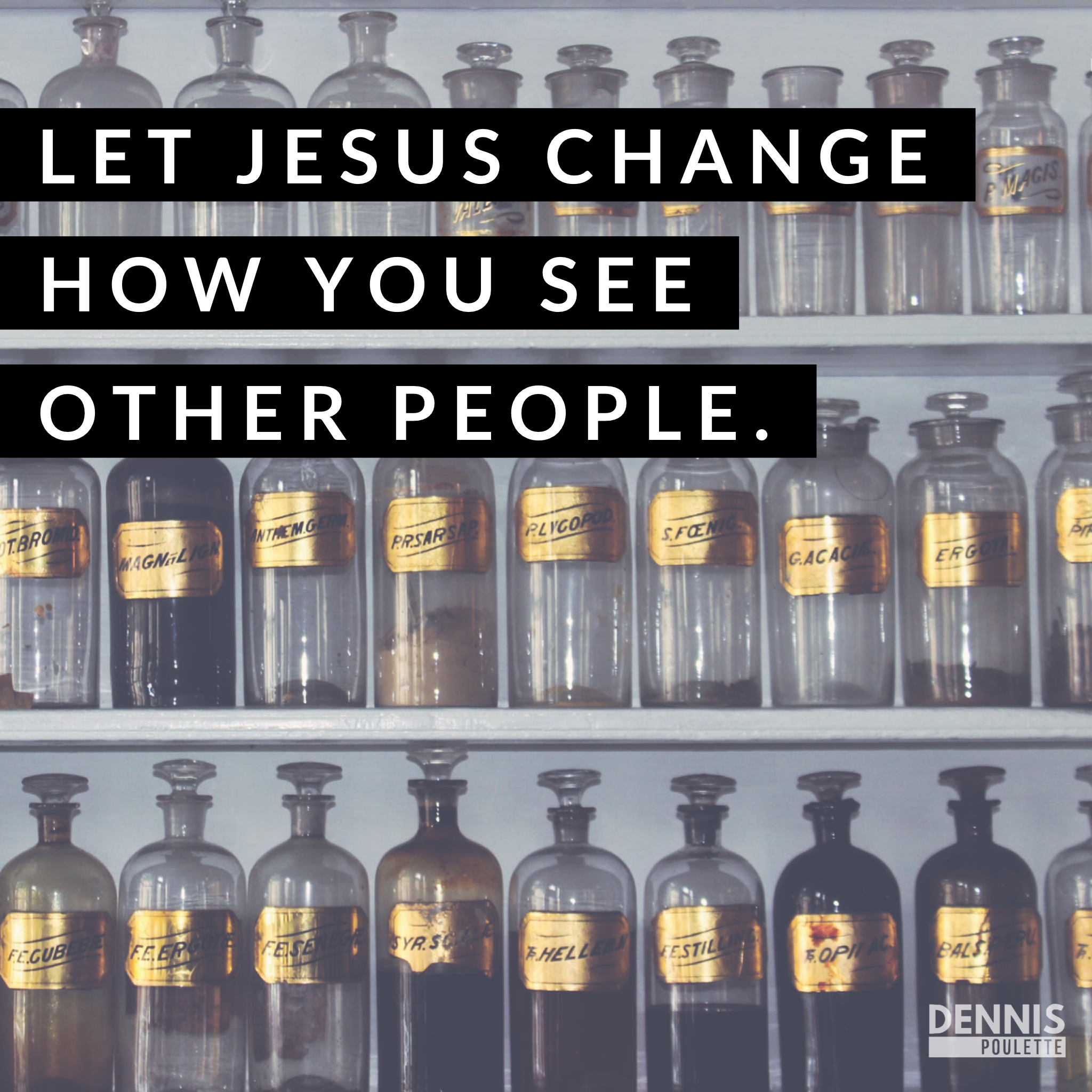