There is a published rulebook for driving in Mexico City. For real. I’ve seen it. I’ve seen people selling it at intersections, but I don’t know how many people have actually read it, since it sometimes appears that there are no driving laws.

With so many cars, pedestrians, mini-buses, and taxis, and a rush hour that is said to last 18 hours, driving in Mexico City can be both dangerous and challenging. But with a little practice, you can learn how to drive in one of the largest cities in the world.

I’ve decided to develop my own driving rules. It’s probably more funny for those who have visited Mexico City. If you’ve never been here, come visit us!!!

Here are ten rules for surviving when driving in Mexico City. 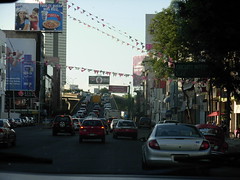 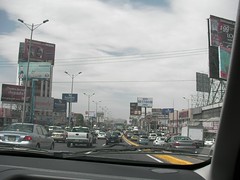