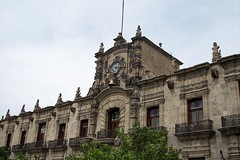 I went to Guadalajara for a National Baptist Youth Leadership Workshop. It was the same type of workshop that I went to last year in Mazatlan. Huberto and Oscar were supposed to go with me, but they cancelled on me. Instead, I got a flight out on Friday and came back on Sunday.

We stayed at a home for retired Baptist pastors, and there were about 40 young people there in all. We had times of conferences, workshops, games, and worship. We visited downtown Guadalajara and had a photo scavenger hunt. The students were really creative with their pictures. We also visited the Mexican American hospital, the only Baptist hospital in Mexico. It is really nice and gives free treatment to Baptist pastors and missionaries.

While downtown, we ate some “tortas ahogadas,” or “drowned tortas.” They are normal tortas drowned in salsa, and are typical of Guadalajara. I also tried some Tejuino, a drink made out of corn, salt, and lime. It was okay. I had to try it since I was there. 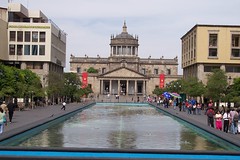 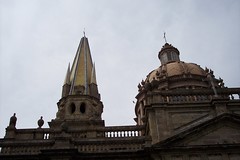 Check out more photos from the trip.
Check out the video I made here.