The earthquake in Mexico City was difficult to watch from afar. I love Mexico City. I have many loved ones there. It was an unforgettable experience watching the news from here.

But it was even more unforgettable for those directly involved. I asked one of my friends and students, Jonathan, to write down what he experienced during that day and in the aftermath.

Here are his thoughts.

It was 1:13 PM on September 19, a sunny day full of activity in the schools, offices, and streets of Mexico City. I was in Coyoacán just a little ways away from Ciudad Universitaria giving music classes as part of Punto de Encuentro (our student ministro) at Vida Nueva (New Life Baptist Church), when we felt it, without any warning, no alarm, no notification from the preventative applications, all of the earth began to move. It was a 7.1 earthquake with its epicenter in Morelos; it was short but very strong which caused a disaster in all of Mexico City, with around 3,000 buildings affected and uninhabitable, while Morelos and Puebla were also destroyed. Some minutes after the earthquake, there was terrified people running around trying to communicate with their families.

Many young people began to arrive at Punto de Encuentro, especially friends of mine from other student ministries at the University nearby because they were told to evacuate the University as a preventative measure, and in this moment we had put on the news and were communicating with our families since in Punto de Encuentro we still had internet and electricity. I took advantage of this moment and asked us to all join in prayer for what was happening. I think it was a good start because later we would need more than prayer—it would be time to participate and sacrifice for many of us.

It was impressive to see so many volunteers in the streets, volunteers in business suites or on bicycle—but there were many people participating—especially youth—youth who were more ready to help and prepared than ever.

After the earthquake a group of us started looking for the best way to help, communicating by WhatsApp. It was very difficult to move around in the city, so at the beginning each of the young people started looking for the best way in which we could help the places near where each one was, donating blood, taking food to the places where buildings had collapsed, looking for places where there were donation centers, or even one of my best friends who is an expert in social media strategies and creative editing was using her abilities to filter information on social media to be sure that the correct information was getting out (which was very necessary in that moment).

On September 20, I went to a donation center organized by the Baptist Convention, and 60-70% of the people who were there helping were young people from different churches, during this whole day the city was working to help, and this phrase went viral on social media: “Young people have taken the city, I hope they don’t give it up.” It was really inspiring and fascinating to see how the whole city began to help and see that young people, who had been criticized for being “millennials,” a selfish and superficial generation, was showing up; once again society was wrong about youth.

Thursday, Friday, and Saturday of that week, my pastor and others along with friends from the Seminary organized trips to help and take food to Tetela del Volcan in Morelos, one of the most affected areas. I had the opportunity to go on Friday with 4-5 other youth, and the place where we were helping clean up, they said there were more than 150 houses destroyed. Without a doubt this place needed help and many others, also.

These days were important for the church of Christ, because we needed to be light. We shouldn’t wait for more disasters to happen, but we need the grace that we live to be an daily attitude to love our neighbor.

Thanks of the youth of my church who not only that week but for years have been committed to demonstrate love and obey Christ, seeking the Kingdom of God here on earth.

I will not forget this day, not only because of the earthquake, but also because I saw thousands of young people offering help to others. 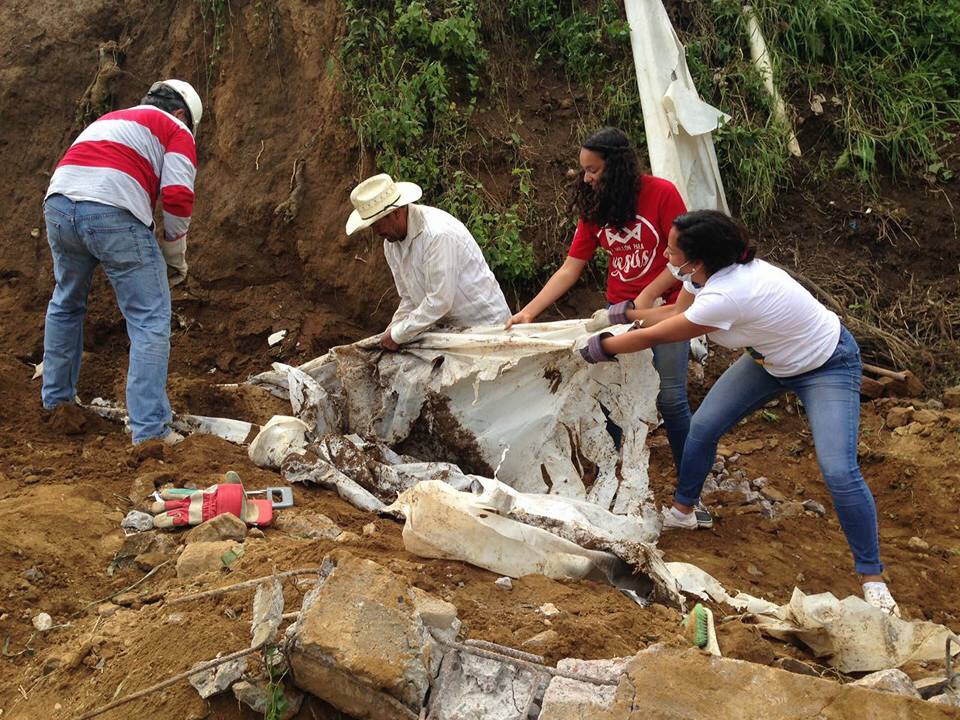 Please keep praying for Mexico City and the surrounding areas as they recover from this tragedy.

Earthquake in Mexico City! My thoughts

Yesterday was the anniversary of the big 1985 earthquake in Mexico City. And then they experienced another one. It was 7.1 on the richter scale and many of my friends were impacted. I wrote this on Facebook, but I wanted to put it on here to remember in the future.

It’s hard to describe how I feel right now. After spending so much time in Mexico and having so many friends there, what happened today is surreal.

I’m grateful that I’ve been in contact with most of my friends and they are ok. However, I feel a tremendous weight on me as if this happened to me personally. I can’t stop watching the news on social media.

My experience is nothing compared to everyone there, but I can’t help thinking of the people who can’t find their loved ones or whose children didn’t come home from school today or are trapped in a building. Mexico still has a place in my heart and that place is hurting tonight.

Since I wrote that, I have found out that one of my friend’s mom’s building collapsed. She is okay, but his childhood home is destroyed. Many others are still trying to find loved ones.

Mexico will always be in my heart.

A Report from Mexico

It was good to be back in Mexico! There were many reasons for my latest trip, but the main reason was to teach the final two courses of the Master’s in Youth Ministry at the Mexican Baptist Theological Seminary. I was accompanied by Chris Davis, the executive director of globalLead, and we taught two courses: Youth Ministry Training Application and Professional Orientation to Youth Ministry.

Since our vision is to “train trainers,” or to hand over training to nationals when we leave, we have developed the course “Youth Ministry Training Application” to give our graduating students a head start to train others both formally and informally.

Read more about my trip on the YMI Website.

John wrote, “I have no greater joy than to hear that my children walk in the truth” (3 Jn 4). Every once in a while I get a glimpse of something great that one of my former students is doing, and it reminds me that all of the sweat, tears, and other struggles are worth it.

Claudia is currently a senior in the youth ministry program at the Mexican Baptist Theological Seminary. Not too long ago, she started a ministry with a few other seminary students that aims to reach out to young girls and help them as they journey through adolescence and young adulthood.

You can read more about her ministry in this article I wrote for the YMI newsletter.

For me, though, this ministry means a lot more than just what she and her team have accomplished. It means that somehow the culture we created at the Center for Youth Ministry at the Mexican Baptist Theological Seminary helped inspire her to do more than just the average ministry. She is striving for excellence in what she’s doing.

Her ministry (and the ministry of many other of my students and graduates) brings me great joy.

This past weekend I was perusing my Facebook feed when I saw a post that reminded me of why I am involved with Youth Ministry International.

One of my former students, Rafa, posted some pictures of a youth ministry event he had recently done in his church north of Mexico City. 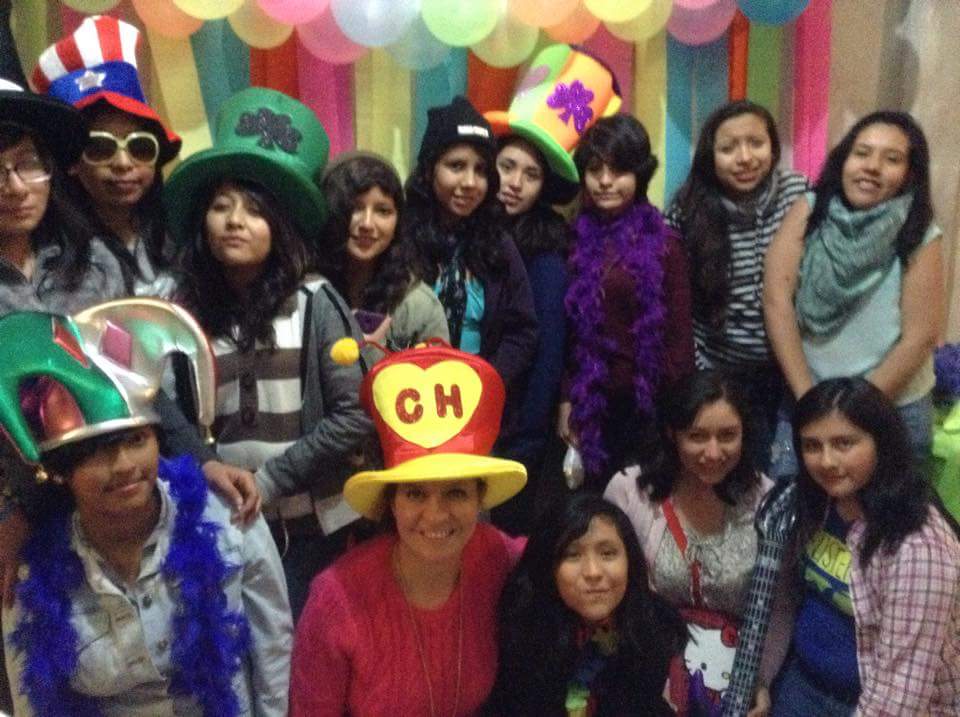 I met Rafa in Monterrey years before he decided to come study at Seminary. I was in his city to do an informal, weekend youth ministry seminar, and he was one of the guys who volunteered to take me around town to see the sites on our day off. I went with him downtown and lots of other places. He even took me to eat “cabrito,” one of the traditional dishes in Monterrey. We shared some laughs and talked a lot about ministry and what God was doing in his life. We still talk about our time together that weekend to this day.

END_OF_DOCUMENT_TOKEN_TO_BE_REPLACED

For the first time since the foundation of the Center for Youth Ministry in Mexico, I watched the graduation ceremony online from the United States. Edgar Miranda has taken the mantle and done an excellent job training the students while giving them a practical example of youth ministry in his own local church.

His dedication to the CYM and the cause of youth ministry is evident in the lives of those who graduated this year. When I visited the certificate level courses in Mexico City in April, the room was full of over 20 students who were discussing how to better minister to the young people in their churches and communities. Their impact will only grow as they continue to receive the training necessary to better walk alongside young people in the light of the gospel.