How Did a Good Guy Like Me Become a Duke Fan?

From the time I was in Middle School, I’ve been a Duke Blue Devil’s Fan. That’s really hard for some of my Kentucky friends to grasp, especially since I never went to Duke and lived in Florida my whole life.

Since I went to the Champions Classic this week (where Duke demolished Kentucky), I made a video about why I’m a Duke fan.

I went to see the latest Star Wars movie last night. For the first time in a long time, I’m early to the party. That means I can write about it here and give my opinion. No spoilers here, though. Just some random thoughts on the movie.

So far, the movie is getting mixed reviews. I thought it was worth watching, and I’m glad I went. I’ll be taking my kids to see it soon as well.

For the longest time, we didn’t have much of a 4th of July celebration. We would have low-key celebrations in Mexico alongside our other expat friends, but we couldn’t actually go out and do fireworks.

Since we’ve moved back to the USA, we’ve really gotten to know our neighbors and enjoy being around them. It’s been a fun few years. Almost every evening this summer we have spent time outside with them, and last Monday we had a Fourth of July celebration, complete with some fireworks (no big ones lit by us).

Here’s a video I made:

How did you celebrate the Fourth?

Everyone needs a Mr. Miyagi 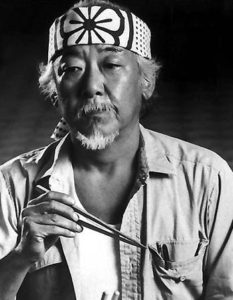 I was flipping through the channels yesterday, and I saw that the original Karate Kid movie was on. I remember that movie from when I was a kid, so I watched the end…right where Daniel Son was entering the tournament, gets his leg swept by the Cobra Kai, goes into the locker room and gets told there’s no hope, and then stares at Mr. Miyagi and asks him to “do that thing you do” to heal up his injured leg.

Then he hobbles out to the match to fight the final battle and delivers a Crane kick to Johnny’s face and wins the trophy.

What a great movie! I quickly posted this on my Instagram story: “Everyone needs a Mr. Miyagi.” If you’ve seen the movies, you’ll know that Miyagi helps young Daniel through life.

Here are a few things a Mr. Miyagi does for your life:

What else did Mr. Miyagi do that you think is useful life?

Do you have someone who helps you like Miyagi helped Daniel?

Why Coffee is Heavenly 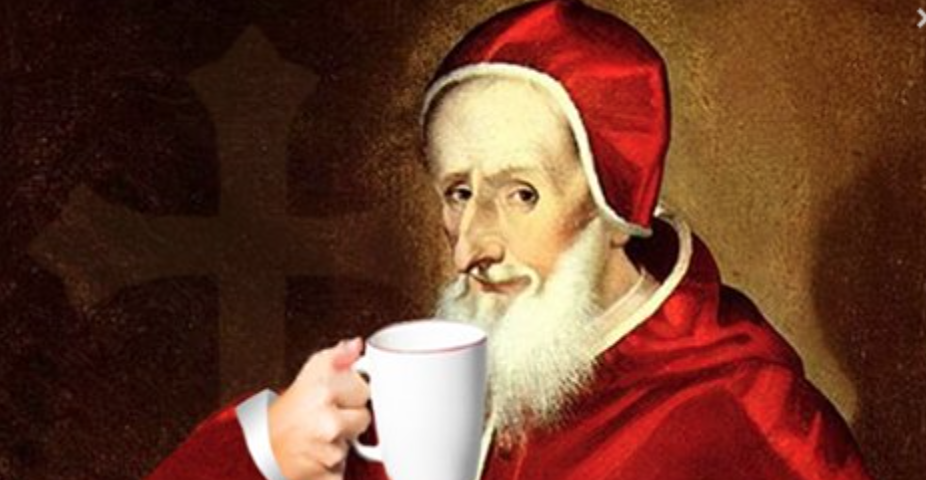 Perhaps this is why that first sip of coffee in the morning is often surrounded by angels singing the Hallelujah chorus.

The Pope was brought a steaming mug of java and he took a sip. He was immediately delighted, and according to legend, he declared, “This devil’s drink is delicious. We should cheat the devil by baptizing it.”

It’s incredible what can happen when we take the time to listen to people. That is exactly what WestJet, a Canadian airline, did at Christmastime.

They set up a virtual Santa Claus at the gate of a flight. The passengers would scan their boarding pass, and Santa asked them what they wanted for Christmas. This wasn’t just for the kids. It was for all of the passengers. Everyone thought it was fun and games until they got to their final destination.

While they were in the air, WestJet took the list, shopped for what was on it, and wrapped up the presents for the passengers. Watch the video below.

There are so many things that can be said about this. Sure, it is a publicity stunt by an airline, but at the same time, it shows that they care for their passengers. They took the time to listen and use what they learned to give something personal to those who asked. We could learn a lot just from that lesson alone. Instead of guessing what people are thinking, why don’t we take the time to listen?

On the other hand, this video reminds me of the verse in the Bible that says, “You do not have, because you do not ask.” I’m not saying we should ask God for a big TV, but we do have many reasons to cling to Him and ask Him for provision. We simply ignore the fact that God is there with the desire to listen to us. Take some time this Christmas to talk with Him. He will listen.