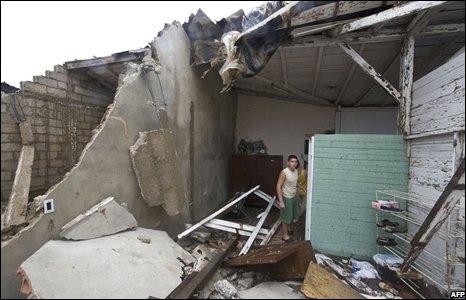 Giancarlos Interview from Dennis on Vimeo.

“La Bodeguita del Medio,” or the warehouse in the middle, is a restaurant, cafe, and bar in Old Havana that is extremely popular with tourists, celebrities, and politicians. Ernest Hemingway frequented this place when he spent time in Havana.

It’s a historical and touristy place. So, when we were in Havana, I decided to take some video of La Bodeguita del Medio. It was crowded, so the video isn’t as good as I’d like it to be.

I posted on our vlog (Mexico Movies) about El Mejunje, a place called Mejunje (translated = concoction) that I visited in Santa Clara, while I was there teaching two weeks ago.

I don’t want to duplicate the post, but you should check it out over there and watch the video of the band we saw playing there.

It was truly a cultural experience. If you’re at all interested in global youth ministry or global youth culture, you should click here to watch the video and read about El Mejunje.