Woah! One Year Ago…

Every March, the weather gets nice enough to play in the sprinkler in our little bitty yard. Nathan loves it. So, in 2007, I took a picture of him playing. Then I took another one last year. I compared the two here. Remember that?

Well, take a look at the difference from last year to this year. Nathan has grown up so much this year. 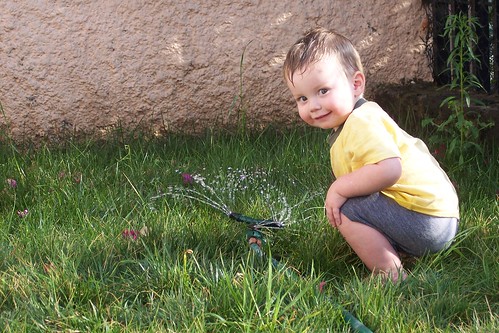 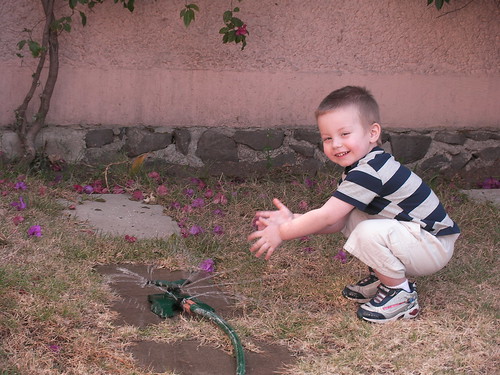 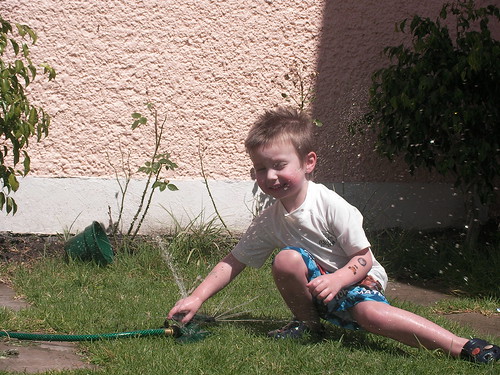