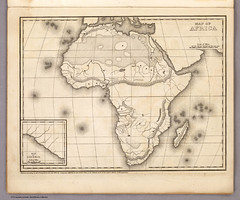 Missions Work Should Make a Difference

This article by an atheist about how Christian missions changes people in Africa really made me think.

The author of the article grew up in Africa and recently returned, saying that “Missionaries, not aid money, are the solution to Africa’s biggest problem – the crushing passivity of the people’s mindset.”

Some of his observations are:

The Christians were always different. Far from having cowed or confined its converts, their faith appeared to have liberated and relaxed them. There was a liveliness, a curiosity, an engagement with the world – a directness in their dealings with others – that seemed to be missing in traditional African life. They stood tall.

Isn’t that the way it should be? Shouldn’t Christians be different? Shouldn’t we stand out and do things differently?

He goes on to talk about some people he met while he was just there who worked for an NGO but were Christians.

It would suit me to believe that their honesty, diligence and optimism in their work was unconnected with personal faith. Their work was secular, but surely affected by what they were. What they were was, in turn, influenced by a conception of man’s place in the Universe that Christianity had taught.

Our work should be affected by who we are. The teachings of Christ are liberating to a mindset that is oppressed and held captive by sin. His influence in our lives should be noticeable. We should stand out, whether our work is secular or not.

Check out the whole article by clicking here. I’d love to hear your thoughts on it.